From the pattern to the ready component,the Lost Foam casting process is divided into three phases:

Phase A: Making of the pattern

During the pre-expansion (1), the raw material beads for the pattern are first of all expanded to the 30-fold of their original size. This lowers the material density to 18-25 g/l. This low density is necessary in the casting process to ensure that the molten metal added can completely and thoroughly replace the pattern. As the pre-expansion process destabilizes the beads, stability is restored in a following pressure equalization process.

During the molding process (2), the individual parts of the final component pattern are produced. Therefore, a molding tool made of aluminium is filled with the pre-expanded beads. Added steam ensures that the poly-styrene beads are welded together. A stable pattern section is formed.

In rapid prototyping, this step is omitted as the pattern is milled from one polymer foam block here.

The gluing (3) of simple pattern sections to one complex pattern concludes the production of the raw pattern. This step equips the LF casting process with a decisive advantage: As the multi-section pattern can be more complex than a single molding tool, the LF casting process enables the burrless production of components with undercuts and fine ducts. 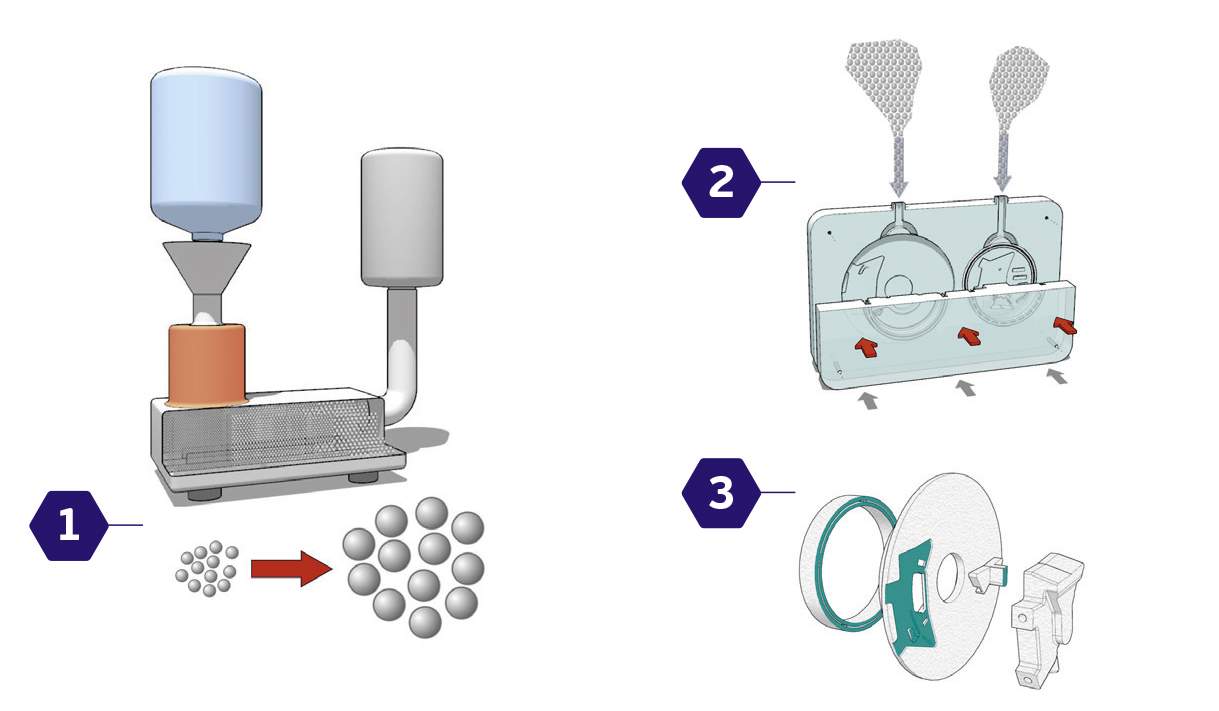 Phase B: Coating of the pattern

The Cluster (4) is formed by the mounting of several patterns on a gating system. In that way, several components at once can be produced in only one casting process.

A refractory, gas-permeable coating (5) is applied to the cluster by dipping. This stabilizes the cluster and enables the evaporation of the combusted pattern during the casting process. 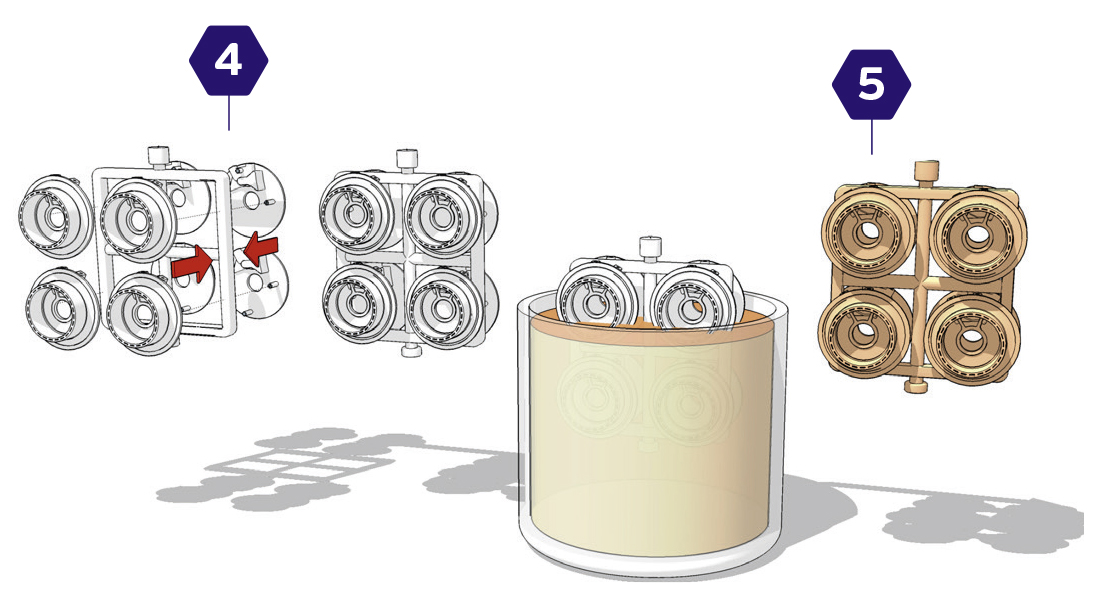 During the molding (6) process, the cluster is embedded in binderless molding sand (mostly quartz sand) in a casting flask. Vibrations ensure that the material is compacted and cavities and undercuts are filled.

During the casting (7) process, the molten metal added through the gating system decomposes the polymer foam pattern and replaces it down to the last detail.