Analysis and elimination of common faults of diesel engine parts

Diesel fuel except for precision parts of early wear, resulting in power drop, exhaust smoke and fuel consumption increase, the most prone to failure has two kinds: a kind is due to the fuel injection pump is not installed properly, resulting in failure, the other is does not have the correct use of machine malfunction. 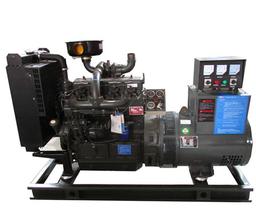 Malfunction caused by improper installation of fuel injection pump
(1) key installs
Fuel injection pump for use the flange plate connection of, when the oil timing gear and fuel supply advance angle automatically adjust device and fuel injection pump cam shaft woodruff key installation position is not correct, fuel is lost quasi then occurs. The engine is difficult to start, smoking, high water temperature fault phenomenon. If the arc hole on the flange plate can not be adjusted, it is necessary to remove the fuel injection pump to re install. Remove the rear can be observed clearly on the indentation key.
(2) 180 degrees passive complex
When the fuel injection pump with cross coupling, it is possible to passive knotted loaded semi circle (180 degrees) at the time of installation, at this time can not be started, exhaust pipe smokeless discharge phenomenon will appear. Even when the engine is on fire, the noise is cluttered and the exhaust pipe is seriously smoking and the phenomenon of not working. At this point, we should open the connection screw, and then turn the cam of the half ring injection pump to re connect, and then make the oil supply is fine tuned through the arc hole.
(3) the position of the inlet and the return oil screw
In connection tubing, such as the back oil screw is installed in the fuel injection pump inlet pipe joints, due to the role of the one-way valve in the oil screw, so that the fuel cannot or only a small amount into the fuel injection pump into the oil cavity, the diesel engine can not start or start unable to cheer for the improvement of speed. At this time with the hand pump oil pump resistance is very large, and can not even pressure hands pump. At this time as long as the inlet and outlet screw mounting location on fault can be ruled out. 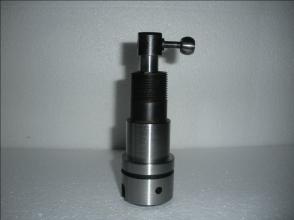 Common problems in the use
(1)Low pressure oil supply is poor
Diesel engine is low fuel from the tank to the fuel injection pump into the oil chamber between the inlet, an oil return pipe, when the pipe joints, gaskets and tubing due to damage to oil spills will make air enters the oil to produce gas resistance, lead to poor fuel supply and engine difficult to start, speed slow, fault phenomenon, serious will automatic flameout. When the oil pipe is blocked due to aging, deformation and impurities, the oil cut area is reduced, or the oil filter and the diesel oil filter are plugged into the oil filtering net and the diesel oil filter element, the fuel supply quantity is insufficient to cause the engine power to drop and the starting difficulty. This failure of the inspection and exclusion can be completed in the car. Hand pump oil pump to a certain pressure, loosen the bleeder screws, such as bubble overflow and always does not exhaust all that oil into the air; if there is no bubble but diesel overflow from the vent screw weakness, oil passage is blocked. The normal phenomenon is slightly loosen the bleed screw, immediately the oil column to a certain pressure jet out. Exclude fault method is to identify damaged or aging of the washer, a joint or tubing to be replaced; such failure prevention methods is often clean the oil filter, diesel filter, frequently check the pipeline, found that the problem timely solve.
(2)Oil pump piston spring break
When the engine is running, the engine can not be started. Loosen bleed screw examination little or no fuel injection pump low pressure oil chamber, with the hand pump oil pump to the low-pressure oil cavity filled with oil, row net air restart, the engine returned to normal, but traveling a distance after again automatically flameout. This failure is likely to be the oil pump piston spring break. This fault can be removed from the car, screw down the screws, the replacement of the spring can be.
(3)The oil pump check valve seal is not strict
After the start of the engine working normally, but after a certain period of time is difficult to start off, loosen the bleed screw has a bubble overflow, the need to re row of clean air to start.
T his failure is mostly caused by the seal of the oil pump check valve. Inspection method is to screw off the oil pump out of the screw, pump oil into the pump to fill the oil joint cavity, such as the joint oil surface soon decline, then explain the check valve seal is not good. Remove the check check valve seal and is in good condition, check valve spring is fractured or deformed, seal on the seat surface is attached to the impurity particles, according to the specific circumstances were taken grinding sealing surface, replace check valve or check valve spring the troubleshooting.
The normal condition is that the oil surface in the 3min above the time does not appear to decline, pump oil pump oil column from the oil column from the powerful. 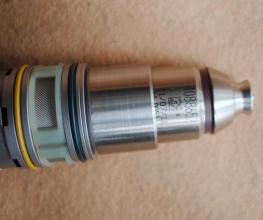 (4)High pressure tubing plug
When the high-pressure oil pipe of a cylinder is blocked due to deformation or impurities, the starting engine has a striking sound in the oil pipe part, and the engine power is decreased due to the cylinder can not work properly. Inspection method is by cylinder screw loose high-pressure oil pipe into the oil side of the nut, when the twist of a cylinder after the sound disappeared, it can be concluded that the cylinder as the fault cylinder, the replacement of oil pipe after the fault can be excluded.
(5)Fuel injector couple card die
When the injector needle stuck in the closed position in the cylinder cover near regular percussion sound. It is due to the fuel injection pump pressure wave caused by the impact of the fuel injector. Method of judgment is loosen injector end of the high-pressure pipe joint, such as percussion sound disappears, concluded that the cylinder injector needle stuck. 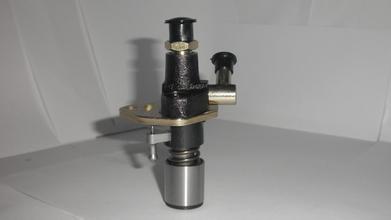 These are the diesel engine fuel injector and some parts of the common failure analysis and exclusion, hoping to help you.