Casting mold heat treatment correctly or not directly related to the mold service life.Caused by heat treatment process and procedure is not correct, mold deformation, cracking and scrap, and heat treatment of the residual stresses leads to failure of mould in use about which accounts for half of the mould invalidation.

Casting die cavity are made from high quality alloy steel, the material price is higher, plus the processing fee, the cost is high.If due to improper heat treatment or heat treatment quality is not high, lead to scrap or life can not meet the design requirements, the big economic loss.Therefore, when the heat treatment should be paid attention to the following: 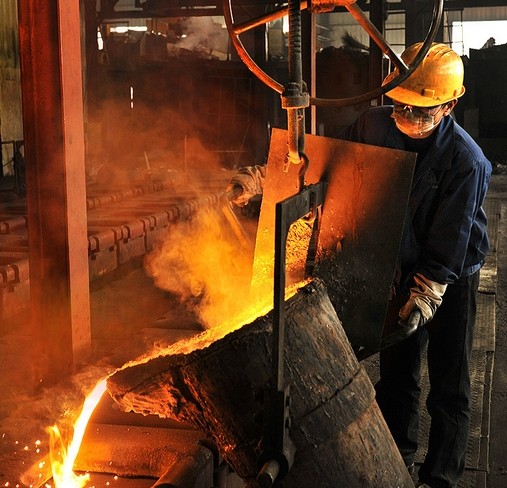 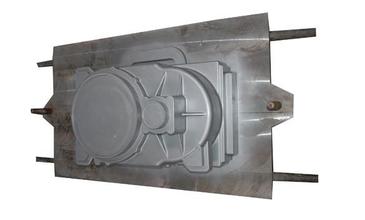 1. The ion nitriding
In order to improve the corrosion resistance and wear resistance of molds, thermal fatigue and prevent adhesion, ion nitriding can be used.Outstanding advantage of ion nitriding is significantly shortened the time nitriding, carbonitriding layer can be adjusted by different gas components control organization, reduces the surface brittleness of nitrided case, small deformation, seepage layer hardness distribution curve is smooth, not easy to produce flake and thermal fatigue.Permeable base material than gas nitriding, non-toxic, does not explode, production safety, but for complex shape mould, it is difficult to obtain uniform heating and uniform permeability layer, and infiltration shallow layer, transition layer is steep, temperature measurement and temperature uniformity are still to be solved.Ion nitriding temperature at 450-520 ℃ advisable, after treatment 6-9 h, nitriding layer depth is about 0.2-0.3 mm.Temperature is too low, permeability layer is too thin;Temperature is too high, the surface easy to appear osteoporosis layer, reduce the ability to resist sticking later.Ion nitriding the carbonitriding layer thickness to 0.2 0.3 mm is advisable.After wear and tear of the mold, ion nitriding by repair and ion nitriding again later, can be put into use, which can greatly improve the total service life of mould. 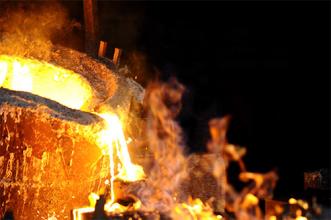 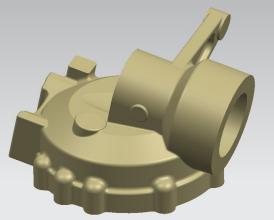 3. The carbon and nitrogen boron ternary permeability
Three yuan altogether permeability can be done in nitriding furnace, impregnation agent for organic boron ooze agent and ammonia, the ratio of 1:7, a total of infiltration temperature is 600 ℃, a total of infiltration time 4 h, carbonitriding layer compound layer thick 3-4 microns, the depth of diffusion layer is 0.23 mm, the surface hardness of HV011050.After a total infiltration treatment casting mould life improved significantly.
That is about the impact of casting mould heat treatment for life related introduction, hope to be able to help you.